The Columbiana County Port Authority along with their partners at OMEGA, the SOD Center, and the City of Salem welcomed the Director of the Governor's Office of Appalachia (GOA), John Carey on a tour of Columbiana County Thursday, December 2, 2021. Director Carey and the staff at OMEGA have been instrumental in securing funding for several projects throughout the County over the past couple of years. The tour began at the Sustainable Opportunity Development Center where Director, Julie Needs and City of Salem Mayor John Berlin showed Director Carey the training center that was partly funded by the GOA. The next stop was CTM Labeling Systems which included a tour of their new expansion, and a demonstration on what they make and how the machines work. CompCo Quaker Manufacturing in Salem was the next stop where we had the privilege of touring the recently completed training room. CCPA along with assistance from OMEGA was able to secure $200,000.00 from the GOA's Regional Job Training Program to assist CompCo in building their training room and creating a training program. Through this program, CompCo was able to train almost 500 individuals and made several comments that without the funding received from the GOA that they would not be where they are today. Next, the group traveled to the Port Authority's building in Leetonia that will be the future location of the Global Investment Hub. Recently, the Governor's Office of Appalachia awarded CCPA $250,000.00 to assist in the construction of the Global Investment Hub. This project had also previously received funding from Senator Michael Rulli through the Capital Budget. Director John Carey also met with Mark Lamoncha of Humtown Products who is a tenant at the facility in Leetonia and was able to tour his 3D sand printing facility. The Port Authority had also received $77,000.00 from the GOA to assist in providing energy efficient lighting and HVAC upgrades to the facility in Leetonia. Because of these upgrades, Humtown has been able to continue their expansion operations. The tour ended with a trip to CCPA's Intermodal Facility in Wellsville where GOA funds were used to construct the park in the past. CCPA would like to thank Director Carey, his staff, and the staff at OMEGA for recognizing the need for a strong workforce in the Appalachia Region and for funding several projects in Columbiana County. 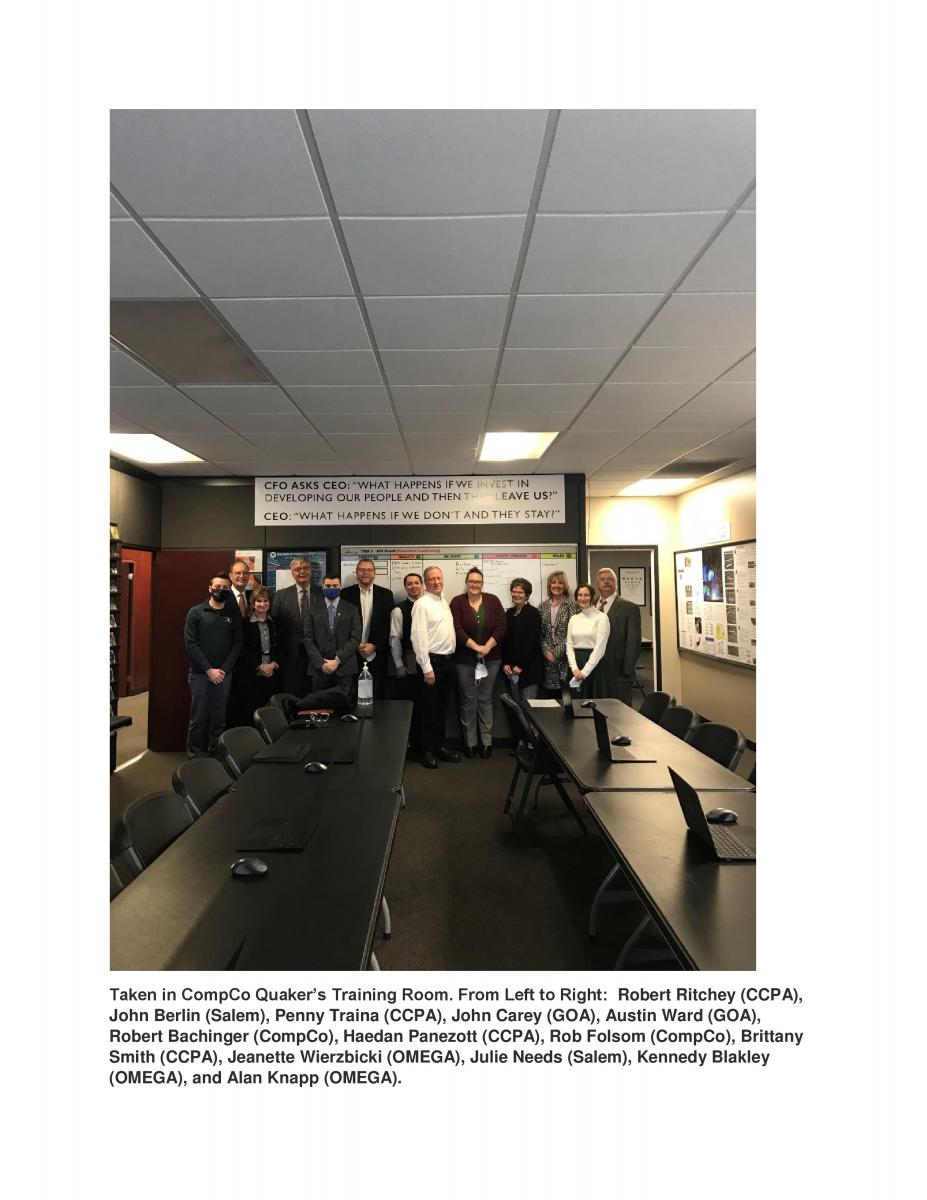 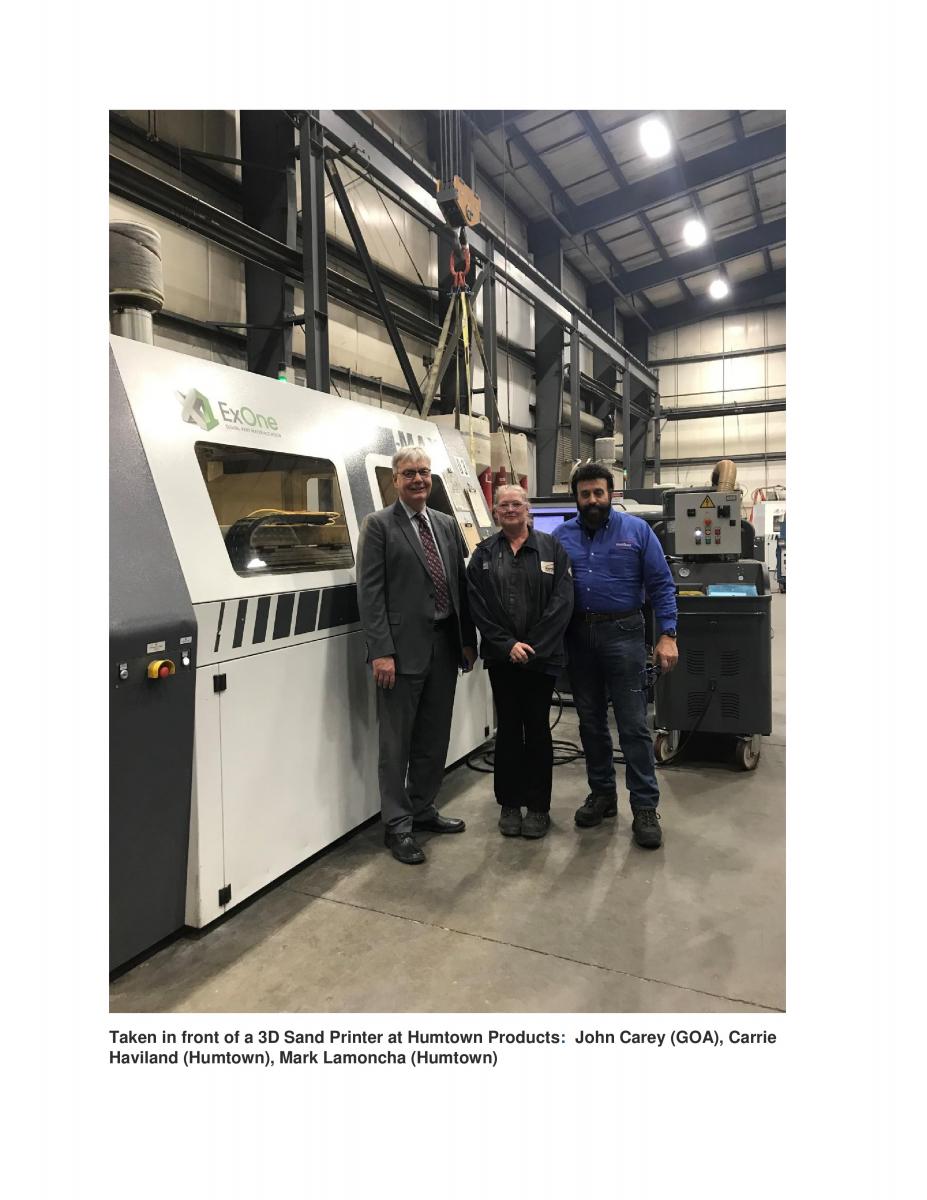 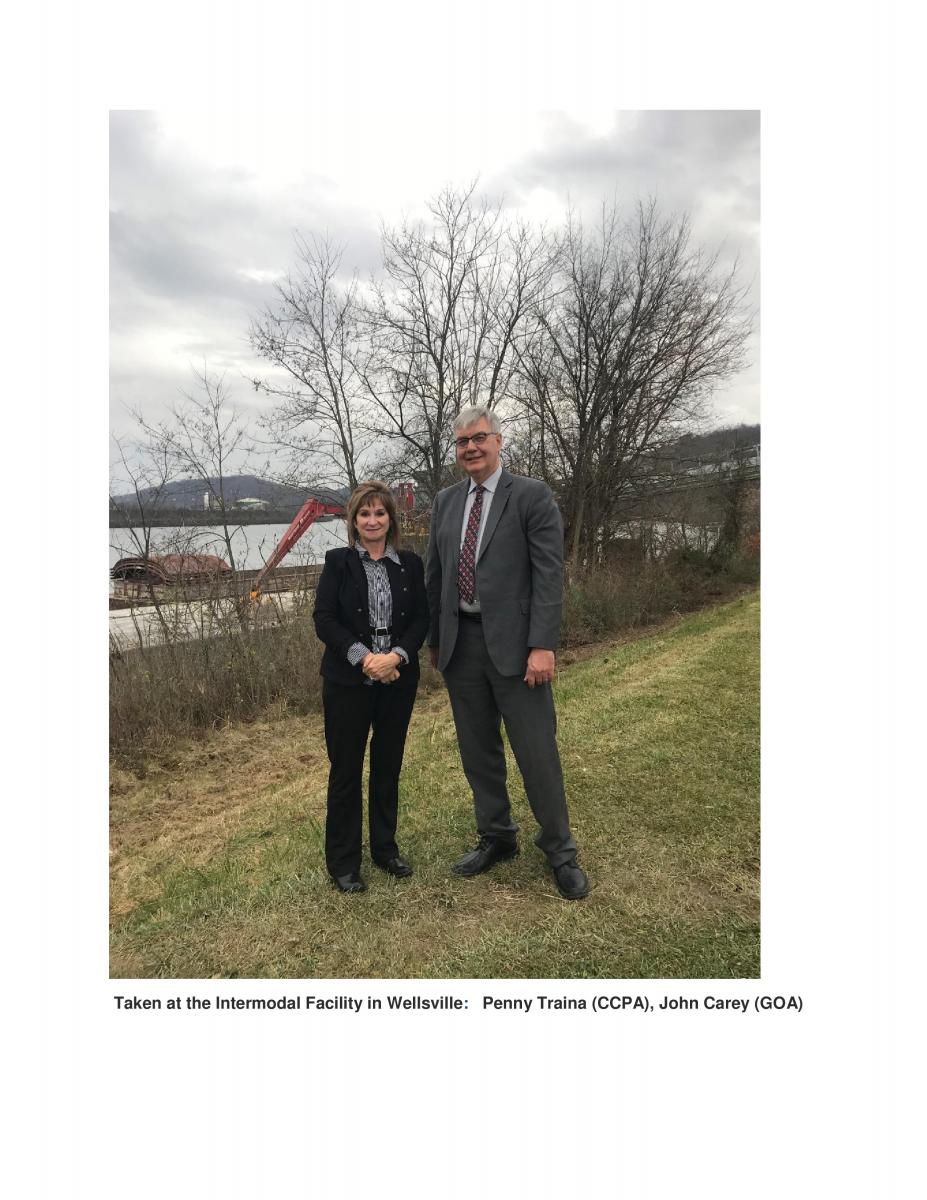 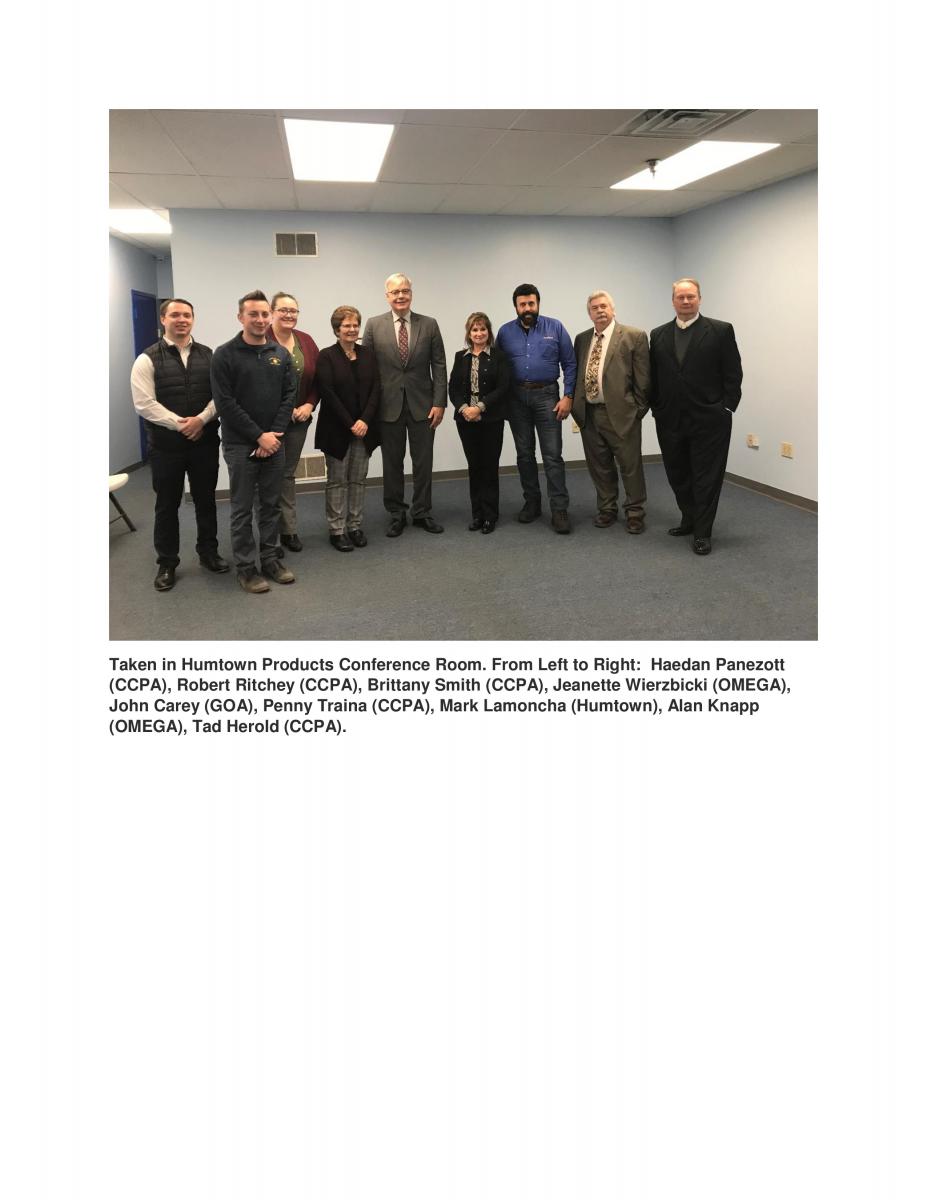